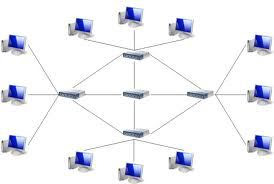 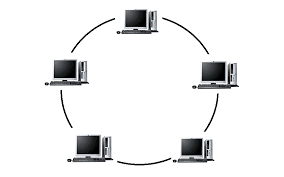 a.The coast is very cheap
because it requires a very small cable then the cost incurred was fairly cheap

b.Easy Installation
Systems that are just circular shape it will be easy to install

a.One computer is damaged then the data tranfer will be diturbed can even cause errors 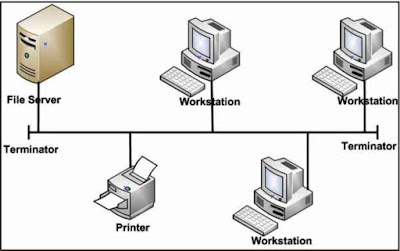 Bus topology is a neatly arranged network such as adjacend and facing bus terminal.The bus topology only uses one shared path to transmit data or like a passengers bus path or raise passengers in the terminal.

a.cable used is not much and save cost.

a.Often data queue so that sometimes cause errors.

c.If one computer experiencing interferece it could cause another computer interruption 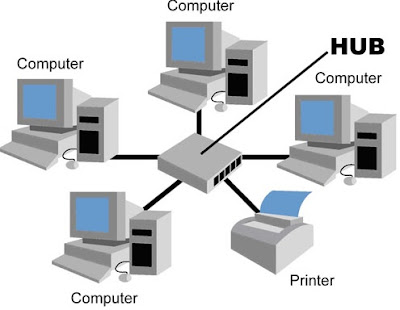 Star topology is a network centered on one hub and all computers connected to the hub with UTP cable.

a.If one of the computers is damaged then the network will not be disturbed at all.

b.It's easy to detect which computer is being interrupted.

a.the cost required is expensive because the cable is needed a lot

b.If the hub is damaged than the network will be disturbed can even be completely paralyzed 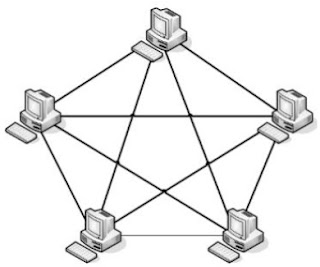 Mesh topology is the topology that the process of sending data directly to the destination computer does not need through another computer.

a.Sending data not through another computer

a.Required a lot of cost because it uses a lot of cable 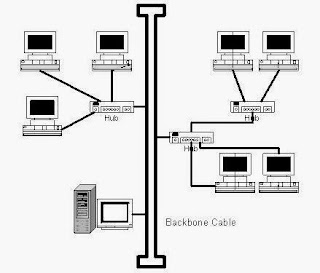 Tree topology is a combination of bus topology and star topology and shaped like a tree.This topology has a several level.Which are located hinger can control the lower.

a.Easy to change the network if one day needed

a.Using lots a cables and it takes a lot of cost.

c.If the higher network is in trouble then the lower level will come into trouble